On Saturday 2nd February, round three of the Arenacross series came to Birmingham’s LG Arena for yet more fantastic racing and freestyle displays.

I arrived early at the LG, giving me the chance to watch a few practise sessions and to get a feel for the venue. From a photographers point of view, the lighting was not as good as the O2, but it’s just one of the challenges you often face with indoor events.

Thankfully I was invited into the FMX green room with endless supply of Monster Energy and a place to store some equipment….Cheers lads!

After filling up on some Monster, it was time to get behind the lens and start shooting! First on the list....The Monster girls and an autograph session with Chris Meyer, Andre Villa, Tommy Searle, Alex and Sam Lowes who were ready to greet the public. 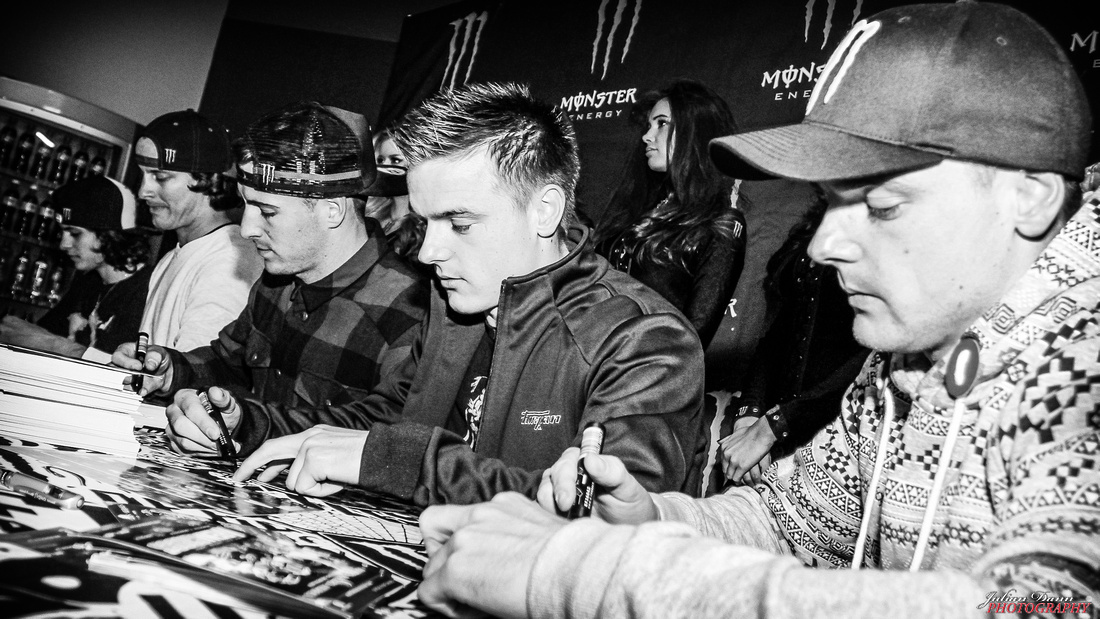 The crowds were amazing, such a buzz in the air. It was great to see the fans walking away with signed posters, photos or pretty much anything they could get their hands on with massive grins on their faces!

Before I knew it, the pits were buzzing and 7pm was rapidly approaching. The arena had filled up and the Arenacross Pro heat 1 was about to get underway. 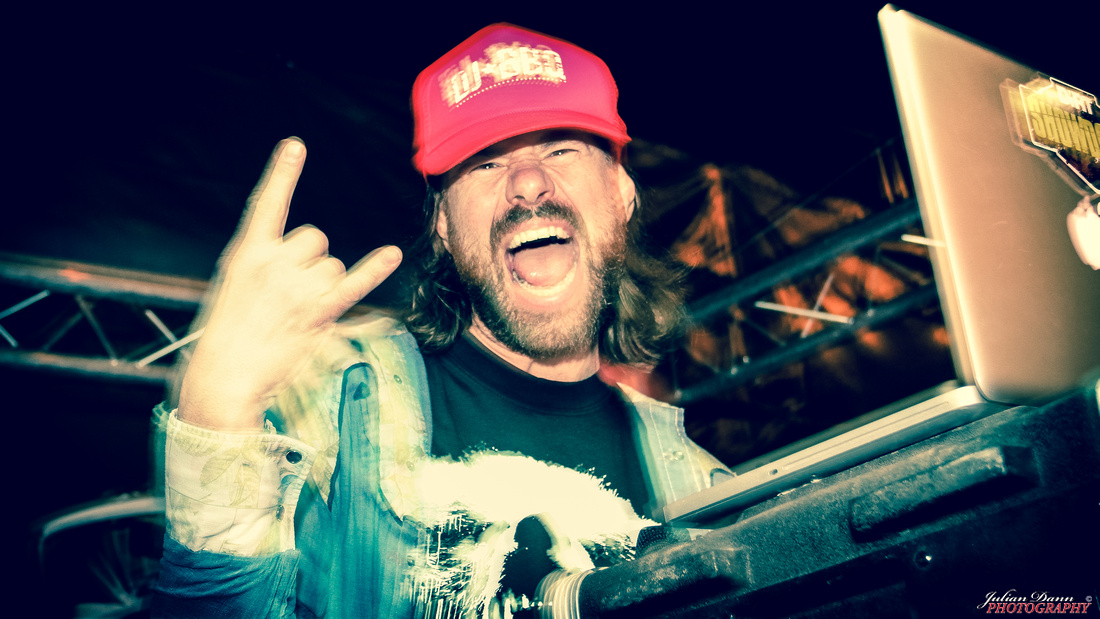 With MCs Tim Warwood and Christian Stevenson at the helm, it was all set for another entertaining evening!

After an introduction to the riders, The start of the pro heats soon got underway. Jack Brunell took the first heat with Adam Chatfield winning heat 2. 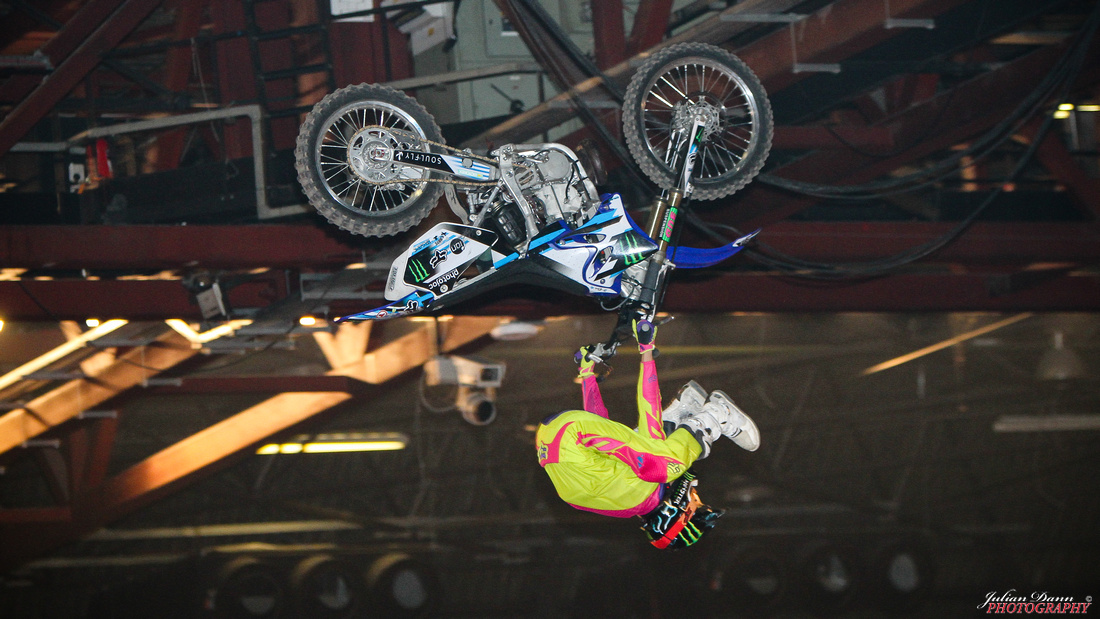 It was great to see Chris Meyer, the 15 year old freestyler that everyone’s been talking about, and I can see why! Chris Birch was back on form tonight after missing the last round in Belfast, due to crashing hard in practice. 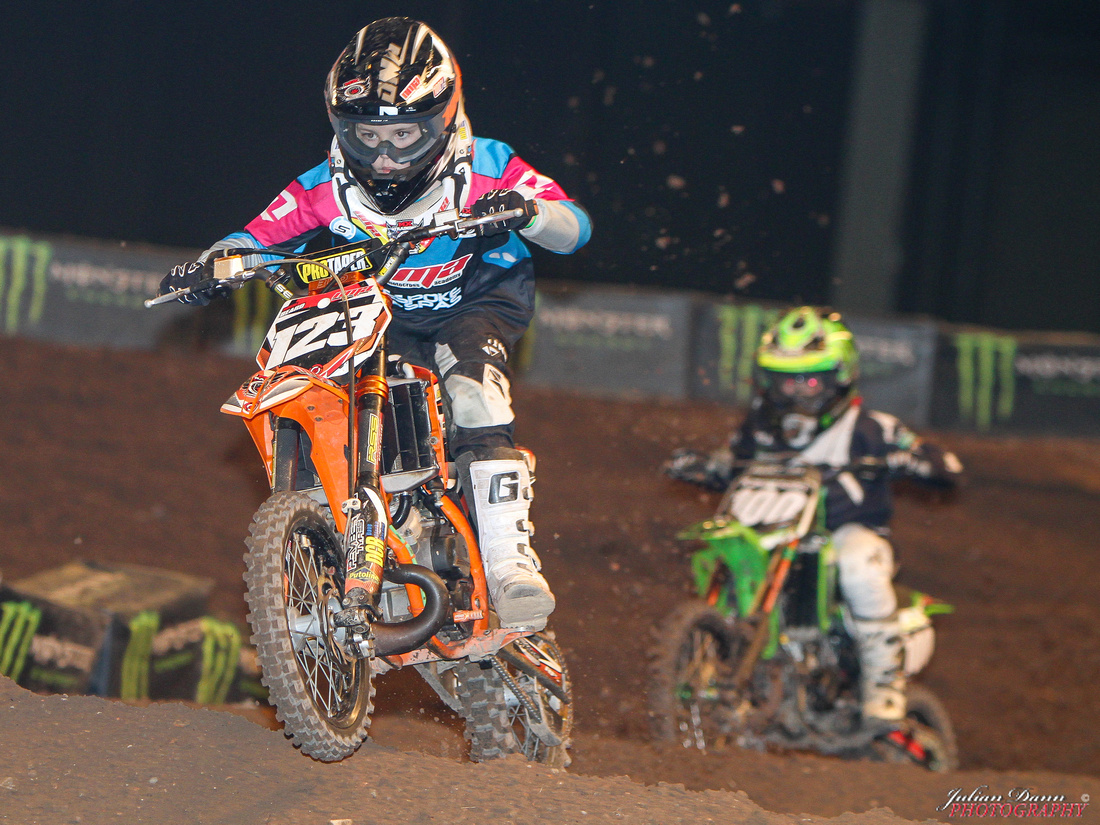 Racing continued, starting off with the 65’s and Rossi Beard took home the win for a hat-trick and is the first champion for 2013 with an unbeatable 60 points.

More great action followed with the 85 SW and Dylan Woodcock also taking the hat-trick and the championship, 85 BW, Rookies and a further 2 heats in the pro class. 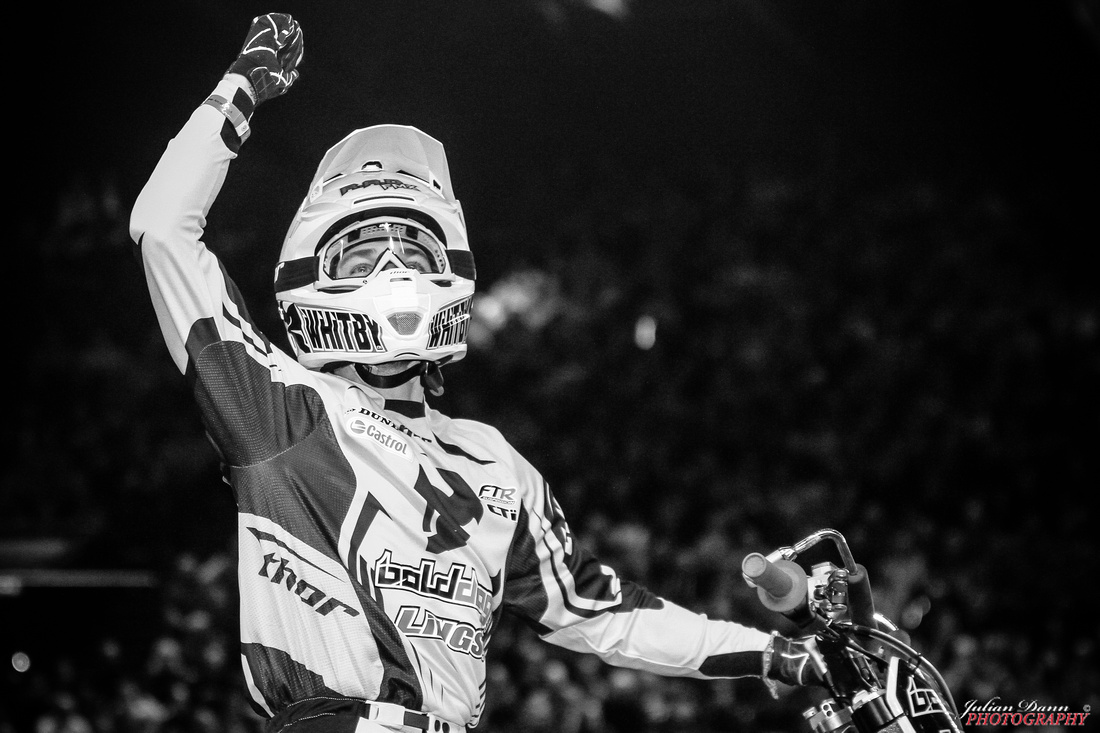 After more great FMX action and the pro head to head races, it was time for the Arenacross Pro Main Event.

With valuable points up for grabs, it came down to the wire with Jack Brunnell taking 1st over Adam Chatfield. This puts Jack within eight points of Adam, the series leader.
It all makes for a sensational showdown at the final round of the Arenacross series at the Echo Arena, Liverpool on the 12th February. 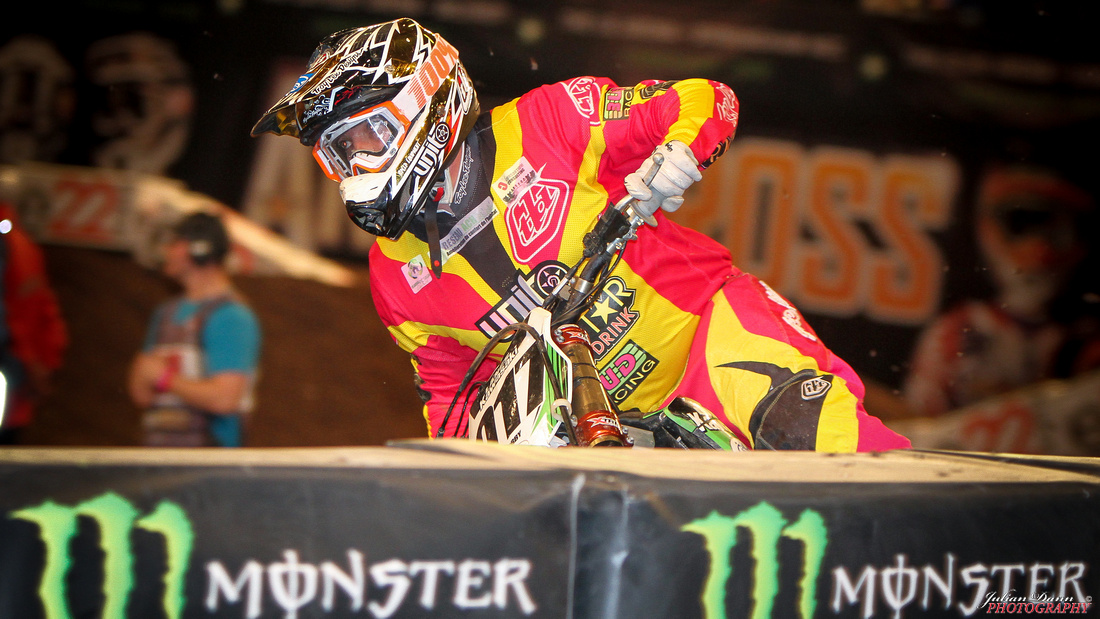 Events 22 have done a great job with Arenacross UK, raising the profile of Motocross and FMX in the UK. The entertainment has been second to none and I for one definitely enjoyed the luxuries of indoor motocross and would love to see more of these events very soon! 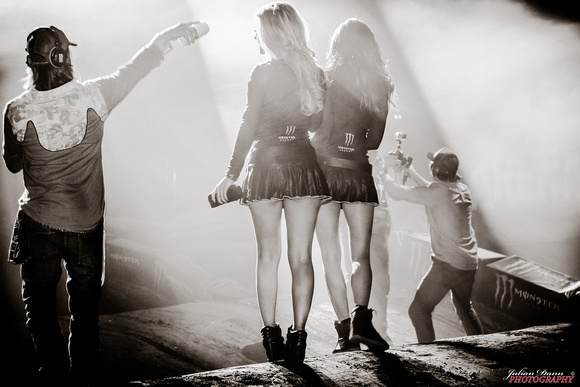